Share a memory
Obituary & Services
Tribute Wall
Read more about the life story of Thomas and share your memory.

Peter graduated from Cathedral High and St. Michael’s College (1951) member of the Cathedral Catholic Honors Society. The greatest event in Peter’s life was the day he married the beautiful Jane Sherman on March 26, 1951. Sweethearts at Cathedral, their marriage of 71 years was one of love, kindness, devotion, and respect.  With never a harsh word, their marriage endures as a model for their descendants.

Peter was a respected merchant and owner of Hayes and Carney, with his cousin Jack Hayes for over thirty years. Peter loved his daily interactions with customers and friends.  Hayes and Carney were Peter’s life work, serving Church St. as an independent retailer selling men’s and boy’s clothing, and in earlier years graduation gowns, wedding apparel and even discounts for the Catholic clergy, many of these Peter’s friends.  In later years, he was employed first at Uni-Globe and then at Shedd Brown.

Christianity guided Peter’s thoughts and decisions. The Catholic Church provided this structure as he served as a choir member, prayer leader, lector, and parish council representative.  He was a daily communicant at St. Mark’s and Christ the King Parishes.

Beyond all, Peter loved his family. He never missed taking the annual Christmas photo of the growing Carney clan.  One of his greatest pleasures was attending his children’s and grandchildren’s’ sporting events. Maine was a special destination for Pete and Jane. Later in life, Peter took up golf, making friends at BCC and then Rocky Ridge.

Peter enjoyed reading and singing. Telling a joke was his special talent.  Peter’s special retirement activity was attending his morning coffee club at Champlain Farms. He reveled in exchanging stories, jokes, and daily news. Peter’s legacy of grace touched all who knew him.

A mass of Christian Burial will be celebrated on Friday July 1st at 11:00 am at Christ the King Catholic Church in Burlington, VT.

In-Lieu-of-flowers memorial contributions can be made to:

To send flowers to the family or plant a tree in memory of Thomas Peter Carney, please visit our floral store. 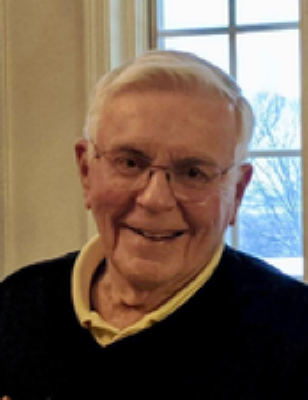