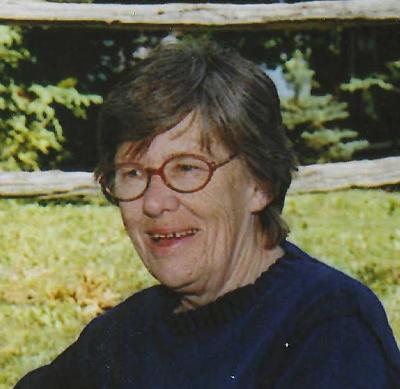 Elizabeth “Betsy” Evans Isham, named for her Great Aunt Eliza, was born in Burlington, Vermont, on April 16, 1938, the only child of Louise and Kenneth Isham. She passed away peacefully overnight under the watchful eyes of the caring nurses at Birchwood Terrace on June 28, 2021, after a brief illness. She was 83 years old.

A lifelong resident of Burlington, Betsy graduated from Burlington High School in 1956. She always valued friendship and stayed in contact with many high school classmates, participating in their reunion committee long into her life. Betsy also attended UVM where she joined the sisterhood at Gamma Phi Beta. She formed more lifelong friendships there and cherished memories of those years. After graduating, she worked for the Medical Center Hospital (now the University of Vermont Medical Center), where she attained increasing positions of leadership at their Blood Bank. Her vigilance ensured this important lifeline remained available when and where patients needed the blood supply. Betsy dedicated her career to this vocation until her retirement.

Her work allowed her to attend conventions around the globe, and this fueled her love of world travel. She always returned with wonderful stories of her adventures and mementos for her cousins and their children. Some of her fondest memories were of her trips to Eastern Europe, including Poland, and most of all her visit to Russia, whose art, folklore, and history captured her imagination for the rest of her life. She would also travel on her own, once booking a last-minute safari to Kenya, allowing her the joy of encountering her favorite animal, the giraffe, in the wild.

Betsy had a passion for studying genealogy and was the member of many groups such as the King’s Daughters, the Descendants of the Founders of Ancient Windsor, and Daughters the American Revolution. One of her greatest prides was being a Mayflower descendant, descended from the Pilgrims John Howland, John Tilley, Joan Hurst Tilley, Edward Fuller, and Mrs. Edward Fuller. She served as the Governor of the Vermont Society of Mayflower Descendants from 1993-1996 and edited their newsletter for many years after stepping down.

When she was a young teen, Betsy’s parents purchased a camp, “Breezy Bend,” on Coates Island in Colchester, Vermont. She and her parents would spend summers there, where she loved sailing boats, fishing with her dad, and swimming and boating with her cousins on Mallets Bay. She, the Coates family, and other campers on the island shared a unique bond. Betsy and her friends would put on amusing summer shows for their parents, often goaded on by Betsy’s dad, who was himself a kid at heart with an infectious sense of humor. Betsy’s cousin, Bob, and his wife Barbara, had such great memories of summers at Breezy Bend that they would later buy the camp next door for their family, connecting the families later in their lives. More recently, Betsy would graciously invite her younger cousins to stay there, knowing how happy and soothing just being at Breezy Bend could be to one’s soul. She was especially heartened that cousins Jan, Mark and Luke Kane were able to spend time there.

Betsy was predeceased by her dad, Kenneth, her mother, Louise, and her first cousins, Barbara, Robert, Raymond, and Carol. She leaves behind 12 first cousins (once removed) and their many children.
Betsy, we know you are now with your parents, cousins, ancestors and friends in a place just like Breezy Bend.

Services for Betsy will be private and at the convenience of the family.

In lieu of flowers, donations in Betsy’s memory may be made to the Vermont Society of Mayflower Descendants, attention Seth Hawkins, 52 Park Street, Brandon, Vermont 05733-1122 or the First Congregational Church, 38 South Winooski Avenue, Burlington, Vermont 05401.

Arrangements are in care of the Corbin and Palmer Funeral Home, 9 Pleasant Street, Essex Junction, VT.

Plant a tree in memory of Elizabeth “Betsy” Evans Isham

Betsy will be greatly missed. We cherish the memories we have of time spent at Breezy Bend & Captain’s Quarters with her. Those sweet moments of fishing, sharing meals, & swapping tales are a blessing
Rob and Sheila Isham

My condolences to Betsy’s family. I worked in the Hematology Division of the laboratory for many years and knew Betsy through this connection. She was a very passionate and dedicated worker.

My sister Jess and I always enjoyed our time in Vermont with Betsy and our grandparents. We both truly believe that camp was/is paradise and we got to treasure that with Betsy. Her love of nature and passion for recycling was particularly inspiring to me. She was such a rare soul and she will be missed.

A Memorial Tree was planted for Elizabeth “Betsy” Evans Isham

Plant a tree in memory of Elizabeth “Betsy” Evans Isham