Share a memory
Obituary & Services
Tribute Wall
Read more about the life story of David "Bambi" and share your memory.

The Chicago Cubs and Indianapolis Colts lost a dedicated fan on 7/22/22.  David “Bambi” LeFebvre of Colchester, VT passed away at the age of 73 surrounded by his family after battling an aggressive form of cancer.   David was born in Burlington, VT to Charles and Majorie LeFebvre, the second oldest of four boys.  He attended Cathedral Elementary and Rice Memorial High School.  David grew up playing football, basketball and baseball and later played competitive slowpitch softball and became an avid golfer.  He was a stand-out three sport athlete at Rice, being elected to the Rice Hall of Fame in 1995.  He went on to earn a basketball scholarship at Champlain College for his first two years of college and basketball and baseball scholarships at Lyndon State as he rounded out his 4-year degree, even being invited to try out for the Montreal Expos.  He played on many competitive slowpitch softball teams through the 1970’s and 1980’s, going to the national tournament twice.  He became a passionate golfer, playing nearly every day in the summer for the last 30 years, most recently at The Links at Lang Farm, even playing Pebble Beach during a trip to California.

David also grew up hunting in Ripton with several family members, where he developed a lifelong love of hunting with his brother, Michael.  As an adult, he loved spending time at his camp in Jay and hunting with family and friends over the years, especially with his son and, in more recent years, his grandsons and son-in-law.

David is survived by his wife of nearly 51 years, Ann (LaCasse), who he frequently referred to as his saint; his children Kim (LeFebvre) Terranella and Jason Lefebvre, their spouses Dave Terranella and Shawn (Carney) Lefebvre; his grandchildren who were the great joys of his life, Colton and Griffin Lefebvre and Bryce and Caroline Terranella; and his 3 brothers: Michael LeFebvre (wife Janis), Gary LeFebvre (wife Mary) and Tom LeFebvre (wife Robyn).  It would take a full-page article to name all of his 19 beloved LaCasse family brothers and sisters, his 33 nieces and nephews and 60 great nieces and nephews across the LeFebvre and LaCasse families that survive him, but we know he will miss (and be missed) at all those big family gatherings.

A special thank you to the nursing staff on Miller 5 of the UVM Medical Center who showed such care and support for David over the last couple of months.

A funeral mass will be held at St. Joseph’s Cathedral (29 Allen Street in Burlington) on Thursday, July 28th at 10:00. In lieu of flowers, donations can be made in David’s honor to the Vermont Epilepsy Foundation or to your local youth sports program.

To send flowers to the family or plant a tree in memory of David "Bambi" LeFebvre, please visit our floral store. 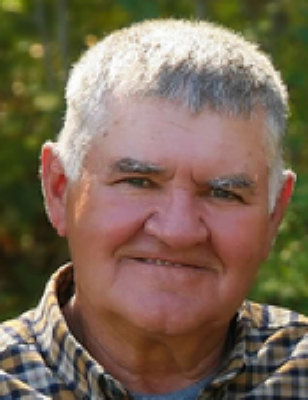