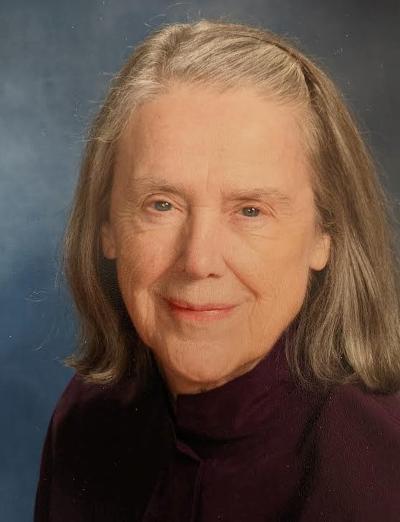 Caroline Wilhelmina (Wendt) Koehler, 86, of Shelburne, VT passed away early on March 5, 2021 at The Arbor’s surrounded by her family.

She was born in Boonton, NJ in 1934 the youngest child of Peter C. and Olive (Hildebrandt) Wendt.

Caroline was a graduate of Boonton High School and during her time there she met the love of her life Edmund L. Koehler.  In March of 1955 they married and moved to Germany where Edmund was stationed in the U. S. Army.

Upon returning to New Jersey, Caroline was active with her family life and community.  In 1968 they moved to Vermont and settled in Shelburne.  While raising their four children, they enjoyed many years of boating on Lake Champlain, vacationing at Lake Willoughby and exploring the woods of Vermont.  Caroline always enjoyed spending time in nature looking for wildflowers and walking the trails of their family camp.

A gifted English student, Caroline’s career included being an Editor for 10 years at General Electric and later in Communications at Vermont Public Television.  She was an active volunteer in many organizations and a devoted member of the Shelburne United Methodist Church. There, she pursued her love of music directing the choir for many years and singing in the choir for over fifty years.

If there was ever a time that she enjoyed most, it was the Christmas season and all that it encompassed.  Caroline’s loving spirit shown bright and was reflected in the music she was a part of.  Peaceful, solemn, yet joyful too were the voices of the choir Christmas Eve. Her faith, so strong.

Caroline was predeceased by her husband of 51 years Edmund L. Koehler, her parents and four siblings.

Known to her four grandchildren as “Grandma, Meme and Mina” she will be deeply missed by her grandsons Stephen Mann and Wesley McEntee; her granddaughters Anna and Grace Marsella as well as nieces, nephews, extended family and friends.

Plant a tree in memory of Caroline Wilhelmina (Wendt) Koehler

A Memorial Tree was ordered in memory of Caroline Wilhelmina (Wendt) Koehler by Chris, Kristin, Parker&Willem.  Plant a Tree

To Mina's family,
We remember many happy times with both Mina and Ed over the years.
May memories sustain you at this time, as well.
Our thoughts and prayers are with you.
Ann and Phil Mead

Plant a tree in memory of Caroline Wilhelmina (Wendt) Koehler